PHM was part of the original team that marketed Alton Court, the first phase of private-sale homes in 2017 (which sold out in just six months). We’re now launching Central Square, a collection of mixed-tenure homes and new public space, alongside JLL, Think BDW and contractor Hill. 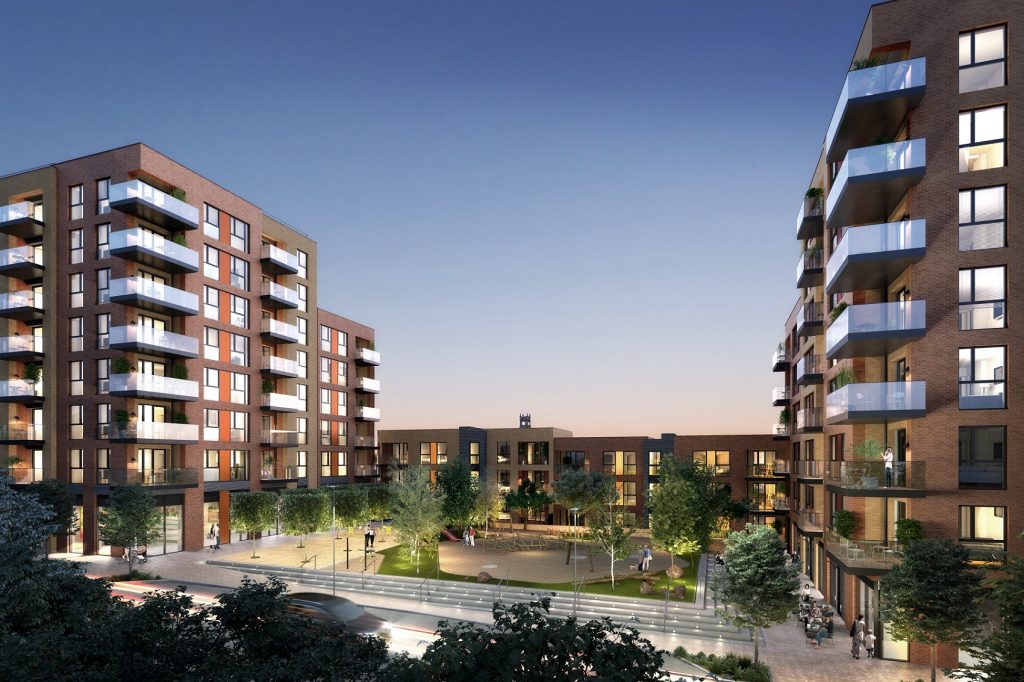 PHM organised a large reception for 60 guests and photocall in the sales and marketing suite. Attendees included the Mayor of Ealing and his deputy as well as the Leader of Ealing Council and ward councillors. Media coverage of the event in the local press included Ealing Times and Ealing News Extra.

To support sales and marketing with targeted media coverage, we produced a series of carefully crafted media pitches, one-to-one interviews and case studies. We’ve generated positive coverage across targeted titles such as The Evening Standard, City AM, First Time Buyer Magazine and Metro, as well as local and trade media.

PHM also produced a comprehensive awards strategy for Alton Court, producing four award-winning entries in 2018 for the scheme across a number of high-profile competitions:

Our strategy for Central Square is taking a digital-first approach that responds to the changing lifestyles of buyers – and the altered media landscape – during the pandemic.

We’re employing a combination of creative social media campaigns, webinars and media outreach to create a buzz that will help cement this scheme as a leading affordable development in London.

We’ve promoted, facilitated and chaired a webinar event for first-time buyers, alongside JLL and Instagram property influencer Lydia Elder. We targeted a London audience with an interest in buying their first home; 57 people attended the event.

“PHM’s expertise and guidance has been integral to the success of Copley W7. From organising and hosting our first launch event, to generating consistent, positive coverage across target media during our first sales phase, the team delivered a cohesive, impactful PR strategy – and four national award wins! – that directly contributed to the sell-out of the first phase in a matter of months. They are flexible with their strategies and have evolved their methods seamlessly and creatively to meet the needs of a post-pandemic changing media landscape – this means that in supporting sales at our current phase, they continue to deliver whatever the circumstances. They are great to work with and great fun at an awards do!